I didn’t grow up with pets and my first “pets” were beetles (not kidding). I had fish when I was little but the poor things never lasted very long. It wasn’t until high school that my parents finally allowed me to get a cat (and now he’s replaced me in the family tree).

Animals don’t judge, they don’t criticize (although I beg to differ with the aforementioned cat), and all they’re concerned about is now. We could learn a lot from them.

I’ve spent a significant amount of time volunteering and working with animals through local SPCAs, animal hospitals, and the Wildlife Center of Virginia. They hold a very special place in my heart. My hope is that one day I’ll own some land and be surrounded by lots of four-legged friends.

My friend, Jenny, feels similarly about animals and has even started her own dog-training business! In effort to continue my quest of saving the world, I helped out by photographing her and her pretty boxer, Kyla. This is my favorite picture of the bunch!

I hit the big TWO-FOUR last week so I’m officially a big girl. Here’s an update on what I’ve been up to!

A shot from the family shoot! Tonks is the cutest dog!

Spent Saturday morning being very Charlottesville-y: walked to yoga (in my Vibrams), headed to the Farmer’s Market (bought lots of local stuff), and walked home (still in my Vibrams). Yadda yadda yadda. Yes, I’m a nouveau-hippie. 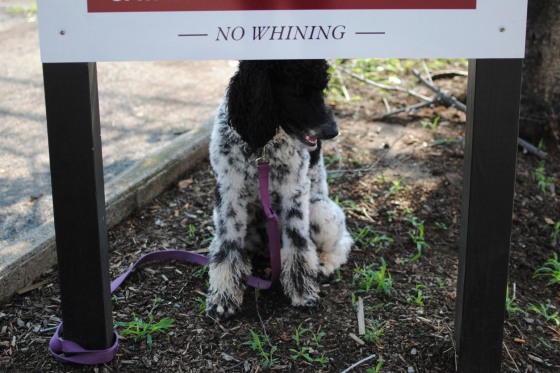 (This just made me laugh – “NO WHINING”)

Well-known fact: when the train comes through Charlottesville – everything must come to a halt. YOU SHALL NOT PASS!

My parents drove into Charlottesville today to visit and finally see the apartment. We brunched, walked, talked. We discussed a lot of what I’ve been reading in terms of food, sustainability and health. The conversation turned into composting. Seeing that I throw a lot of scraps away because I’m cooking mostly every meal, it seemed like a waste. The bins above are a bit too small so I’m going to head back to Lowe’s and purchase bigger ones. Any tips? Advice? Hopefully I’ll be able to use the compost for the garden I want to start! Mmm, I can’t wait to have (at least) fresh herbs growing!

Added a bit of color to my kitchen! I’m hoping to give it more personality. 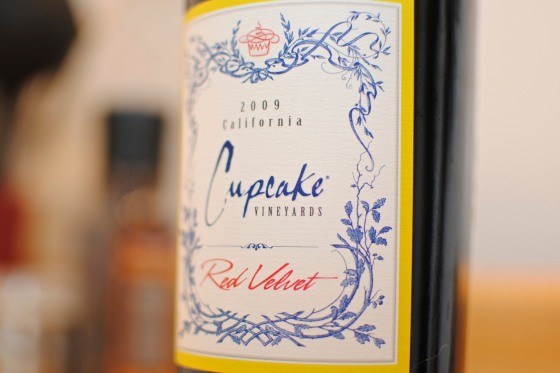 Ended the day with some delicious wine (courtesy of my parents) and some fresh figs! Btw, what a weird fruit! Tasty but it’ll take a couple more tries to really enjoy it.

[Sorry for taking so long to update, I’ve been crazy busy – but no more excuses! I’m going to start posting my pictures from Guatemala by location/event instead of by day-to-day.]

We arrived in at the Guatemalan Airport at noon, where we were greeted by my godfather, followed by my paternal grandmother and uncle, and one of my maternal aunts. My godfather then drove us to his house so we could rest and prepare for a dinner later that night.

My god-family’s neighborhood was a gated-community with armed guards at the entrace. One thing that took me by surprise was the prevalence of armed security guards. It goes to show that the violence and crime levels are severely elevated than what I’m used to, because I saw some sort of weapon around every corner. Regardless, it made me feel safe and I really loved their neighborhood (not gonna lie, the yellow houses were the inspiration for our now-yellow bedroom). 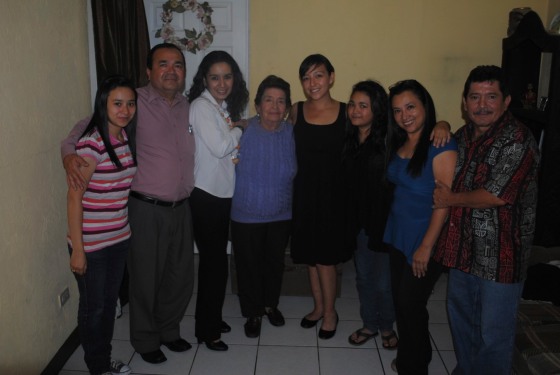 The entire family (sans Chris, who took the picture). 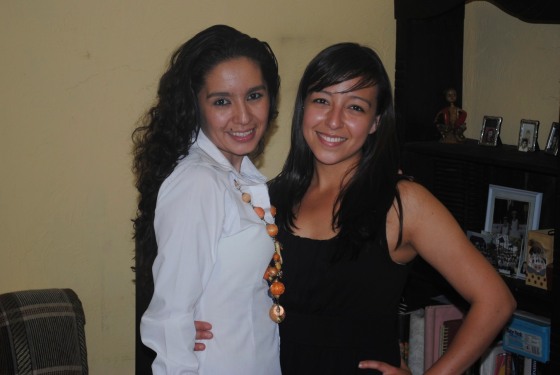 Reunited with my sister – it was exactly what I needed at that moment in my life. I feel like if I had gone to Guatemala sooner, I wouldn’t have been mature or ready to reconnect with my sister on an adult-level. Although we hadn’t seen each other in almost two decades, by the end of the night it was as if no time had passed. Chris says we even laugh the same way.

We spent our second day in Guatemala with my godmother, who drove us all over the city to see the main sites, including the Parque Central. Here’s the church on the east side. I was incredibly nervous taking my camera out in public here just because I know that Guatemala City is the most notorious for robbery but it was fine – I only took my camera for a couple of minutes at a time.

On the third day, we spent the morning packing and playing with the puppies that my godparents were fostering. Look how small the puppy is! Afterwards, we headed out to Antigua, Guatemala’s original capital.

I had a marvelous opportunity of being visited by another friend of mine, Jenny, and of photographing her dog, Oscar. Oscar was recently diagnosed with lymphoblastic leukemia. It was a beautiful day to play with Oscar and enjoy some time with him. 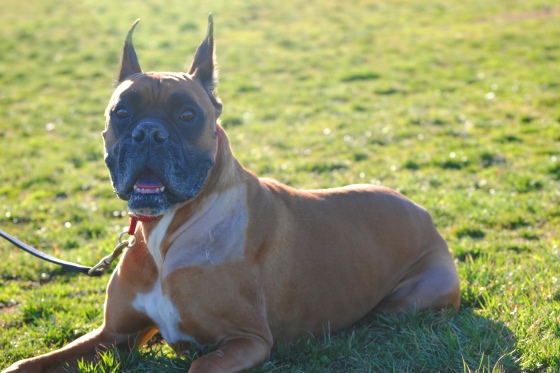